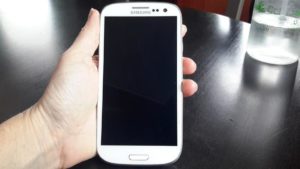 The Galaxy S8 is said to be one of Samsung’s biggest releases to date. I mean I would believe it too considering how well each Galaxy phone has been. Some of better than others, but that is true with almost every phone that hits the market these days. It all flash. People want the best camera, best screen, and usually the most expensive phone like the iPhone 7 that might be released soon. Nothing is set in stone. What I will tell you is mostly rumors because there haven’t been many announcements on the phone yet, which means it has plenty of time to get better from here after Samsung can hear feedback and wants from consumers. That is normally how businesses and the economy work. The better the phone is, the more they will probably charge for it.

Some Specs for you

The Samsung Galaxy S8 will offer you a lot. It will most likely be a revolutionary phone and feature some of the best options when it comes to hardware, firmware, and software available. The phone itself is said the have things like Qualcomm’s Snapdragon 830 chip, a huge 1/1.7 image sensor, and a hi-res 4K/UHD display. This will be one powerful phone and we can only hope that it comes with a battery that can support this much without having to charge your phone halfway throughout the day. It is also said that the charging port will be USB-C instead of a normal USB which would make sense because of how popular they are becoming.

Don’t Make Your Choice yet

There are two big phonea coming out within the next few months. The iPhone 7 and this Galaxy S8. There aren’t many official reports so we can’t be sure on anything yet when making choices of what we will upgrade to. I do recommend reading this though to help you learn a bit about each system. The S8 should be released by March or April, 2017 with a price anywhere between $500 to $600. If you do happen to purchase one of these phones in the future and need some help with it come check us out at iRepair of PC! We have two convenient locations, one in Destin and the other in Panama City Beach!